On the 7th of April 2022 in Court of Magistrates as a Court of Criminal Judicature presided by Magistrate Dr Victor G Axiak in the case of Local Enforcement Systems Agency (LESA) vs Roberto Pestana de Faria awarded a judgement in favour of our client (the appellant) with reference to a contravention regarding e-kick scooters. Mr Pestana was assisted by Dr Adrian Sciberras from Sciberras Advocates and by the experienced Dr Jonathan de Maria of De Maria Law.

The case revolved around the issuing of contraventions of e-kick scooters which the appellant was contesting that they were illegally issued from the LESA. Although several pleas were raised by the defence team, the magistrate did consider particularly that as per Subsidiary Legislation 368.02 (Registration and Licensing of Motor Vehicles Regulations) “owner” means the person, whether as an individual or in representation of a company, partnership, or cooperative society, in whose name a motor vehicle is registered and licensed.

During the oral sitting, it was clarified in court that the appellant should have been issued the contravention on the company’s name since he was the director of the company, and it was the company with a separate distinct personality that owned the e-kick scooter and not himself personally.

To clarify further, the judgement refers further to the Interpretation Act (Chapter 249 of the Laws of Malta) Article 13: Where  any  offence  under  or  against  any  provision contained in any Act, whether passed before or after this Act, is committed by a body or other association of persons, be it corporate or unincorporate, every person who, at the time of the commission of the offence, was a director, manager, secretary or other similar officer of such body or association, or was purporting to act in any such capacity, shall be guilty of that offence unless he proves that the offence was committed without his knowledge and that he exercised all due diligence to prevent the commission of the offence… and explains that the appellant should have been charged in his capacity as representative of the company and not himself personally.

Furthermore, even if the appellant would be charged on behalf of the company, LESA should still be responsible to prove that the accused is in fact a representative of the said company and this by exhibiting documentary evidence from the Malta Business Registry. This is because although the defendant is listed in the logbook as the natural person representing the owner, it may be the case that the defendant is no longer associated with the same company and was not its representative at the time of the alleged offense.

For this reason, the Court upheld the appellant’s ground of appeal and acquitted the defendant of any guilt and punishment and felt there was no need to continue to examine the appellant’s other grounds of appeal.

This judgement is interesting because even though the appellant’s business is the hire of e-kick scooters, this judgement can be interpreted as applicable for all motor vehicle categories and stir up a hornets’ nest to the many thousands of contraveners who paid fines that were incorrectly summoned by LESA. It is advisable that LESA updates its practices when issuing summons and it is also interesting to see whether the Justice Commissioners will take cognizance of this judgement.

Sciberras Advocates founded by Dr Adrian Sciberras, is a law firm based in Malta. The firm prides itself to be multi-disciplinary, innovative and flexible in order to meet the changing times and any challenges in the local and international legal scenario. No matter what private or corporate complex demands are called for, Sciberras Advocates offers practical and cost-effective legal solutions to achieve your desired results. You may reach Sciberras Advocates by phone on +35627040903 or via email on [email protected]. 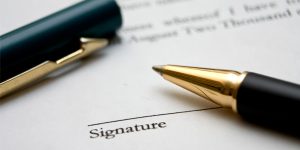 Termination clauses in a contract 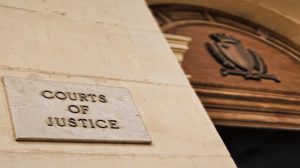 Tax Matters: What is an Executive Title?

We use cookies on our website to give you the most relevant experience by remembering your preferences and repeat visits. By clicking “Accept”, you consent to the use of ALL the cookies.
COOKIE SETTINGSACCEPT
Manage consent

This website uses cookies to improve your experience while you navigate through the website. Out of these, the cookies that are categorized as necessary are stored on your browser as they are essential for the working of basic functionalities of the website. We also use third-party cookies that help us analyze and understand how you use this website. These cookies will be stored in your browser only with your consent. You also have the option to opt-out of these cookies. But opting out of some of these cookies may affect your browsing experience.
Necessary Always Enabled
Necessary cookies are absolutely essential for the website to function properly. These cookies ensure basic functionalities and security features of the website, anonymously.
Functional
Functional cookies help to perform certain functionalities like sharing the content of the website on social media platforms, collect feedbacks, and other third-party features.
Performance
Performance cookies are used to understand and analyze the key performance indexes of the website which helps in delivering a better user experience for the visitors.
Analytics
Analytical cookies are used to understand how visitors interact with the website. These cookies help provide information on metrics the number of visitors, bounce rate, traffic source, etc.
Advertisement
Advertisement cookies are used to provide visitors with relevant ads and marketing campaigns. These cookies track visitors across websites and collect information to provide customized ads.
Others
Other uncategorized cookies are those that are being analyzed and have not been classified into a category as yet.
SAVE & ACCEPT