It is well known from official statistics that officially over 50,000 Third-Country Nationals (TCNs) have work permits in Malta. Apart from the employment license holders, there are a number of dependents of these TCNs and also there are thousands who are here illegally. As a conservative estimate the majority of increase in Malta’s population is due to the rapid rise of TCNs in the past ten years. Over one in 10 of the population is a TCN. And by a rough estimate, over 20 percent of the population is no longer native Maltese. That means that Malta’s rapid economic growth in the last decade is being fueled by these foreigners who are a mix of highly qualified employees, wealthy residents or retirees who choose Malta as their retirement destination. Furthermore, there is also a number of blue-collar workers, both unskilled or semi-skilled workers that are employed in catering, construction and hard manual labourers such as manufacturing and agriculture. These type of expats are equally important as they make our country more cosmopolitan than ever.

With the government’s policy of increasing the working population comes with a host of problems. A number of foreigners (particularly TCNs) are staying here illegally. This is because our country is riddled with bureaucratic procedures. Whilst Identity Malta Agency is supposed to be a data controller and application processor, the Agency has taken the role of a quasi-judicial function by issuing guidelines that when a TCN loses the job, s/he is only allowed a period of 10 days from the termination date during which the TCN can apply for a new job. This practice stands to be challenged as it is not found in the Immigration Act however even though it should serve as a guideline, the Agency is adhering strictly to the rule that itself issued and is revoking residence permits en masse. It is very difficult for an employee who lost the job to find a replacement in a very short time and one must be very lucky. The average period of unemployment is typically three to four months or a few less if skilled or specialised.

Furthermore, a number of abusive employers are quick to backdate the termination date so as not to pay national insurance and taxes. The TCN is put in a state of illegality by this system. At least Identity Malta Agency should start the 10 days from when the employee receives the notification of termination. There are thousands stranded in such a situation, all living in fear that the Principal Immigration Officer will find them, deport them and terminate their European dream.

Yet at the same time, Identity Malta Agency is flooded by new applications and it seems that there are many more TCNs coming to Malta whilst a huge number of TCNs are still roaming, working the odd jobs with exploitatitve employers (or genuine ones but who cannot manage to regularise them) and end up working without actually paying taxes. This is a known situation in Malta particularly in the horeca and construction industry, yet no one is trying to do something about it.

There is a potential solution if one follows a practical approach. First of all, the time limit to change a job should become a law that is dictated from an Authority and not an Agency. Secondly, more reasonable time frames should be offered similarly to what can be found in other EU countries. Certain countries permit two or three months, other countries permit that a TCN can find a job until the expiration of the residence card or be registered in the ‘Unemployed List’ without taking benefits but securing a residence also by means of a Temporary Residence Card. Certain countries such as the neighboring Italy even allows up to one year to find a new job.

Why should a worker who was dismissed and does not agree with such termination, not afforded the same rights as a Maltese or EU National? If the country needs all these workers why doesn’t the Agency, with the help of Immigration Police, issue a one-time regularisation program to allow these ‘illegal’ immigrations to regularise their position. Does Immigration Police have enough resources to ‘deport’ these illegal immigrants? Instead of issuing hundreds of new work permits why doesn’t the Agency authorise the over-stayers (who are already here and available to work) to regularise their position?

In my opinion if this period is increased to six months, and the government issues guidance to Identity Malta Agency to regularize these TCNs, this would solve many problems and rake in taxes. Employers would register them and pay their national insurance, landlords would rent apartments with more peace of mind, the Jobsplus register increased labour force, Immigration Police will have more time to evaluate applications, and Identity Malta Agency would work in better harmony.

The fact that due to increased workloads and new applicants the stakeholders have to naturally take more time to process such applications and unless a huge increase in workforce is positioned with the various stakeholders, these departments will keep missing their own deadlines and putting the TCNs in a continued state of illegality.

Sciberras Advocates founded by Dr Adrian Sciberras, is a law firm based in Malta. The firm prides itself to be multi-disciplinary, innovative and flexible in order to meet the changing times and any challenges in the local and international legal scenario. No matter what private or corporate complex demands are called for, Sciberras Advocates offers practical and cost-effective legal solutions to achieve your desired results. You may reach Sciberras Advocates by phone on +35627795222 or via email on [email protected]. 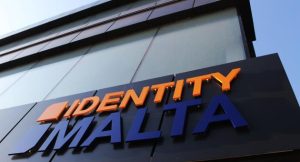 The most asked questions we receive from TCNs 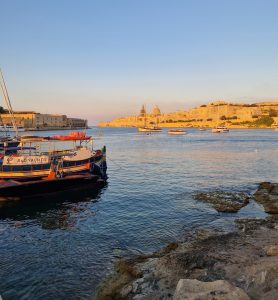 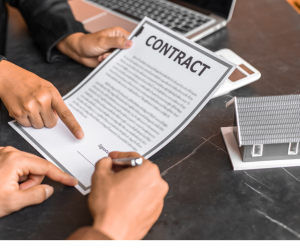 We use cookies on our website to give you the most relevant experience by remembering your preferences and repeat visits. By clicking “Accept”, you consent to the use of ALL the cookies.
COOKIE SETTINGSACCEPT
Manage consent

This website uses cookies to improve your experience while you navigate through the website. Out of these, the cookies that are categorized as necessary are stored on your browser as they are essential for the working of basic functionalities of the website. We also use third-party cookies that help us analyze and understand how you use this website. These cookies will be stored in your browser only with your consent. You also have the option to opt-out of these cookies. But opting out of some of these cookies may affect your browsing experience.
Necessary Always Enabled
Necessary cookies are absolutely essential for the website to function properly. These cookies ensure basic functionalities and security features of the website, anonymously.
Functional
Functional cookies help to perform certain functionalities like sharing the content of the website on social media platforms, collect feedbacks, and other third-party features.
Performance
Performance cookies are used to understand and analyze the key performance indexes of the website which helps in delivering a better user experience for the visitors.
Analytics
Analytical cookies are used to understand how visitors interact with the website. These cookies help provide information on metrics the number of visitors, bounce rate, traffic source, etc.
Advertisement
Advertisement cookies are used to provide visitors with relevant ads and marketing campaigns. These cookies track visitors across websites and collect information to provide customized ads.
Others
Other uncategorized cookies are those that are being analyzed and have not been classified into a category as yet.
SAVE & ACCEPT